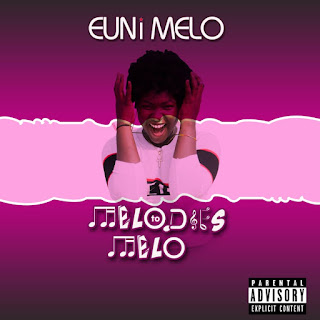 PPP Records, The current record label on which Songstress Euni Melo is currently working have finally unveiled the album art of the long Awaited Melodies To Melo album (MTM Album)
MTM album is a 12 track album made up of about 70% reggae Dancehall songs mixed with some highlife songs to serve music lovers across the globe. 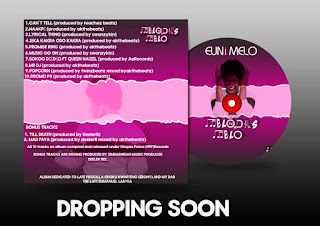 The album also have dynamic styles of music which is very rare in the music space at the moment, the productions went through series of checks and cross checks to ensure the best quality is achieved.
Majority of the songs on album produced by the most talented young producer AKthebeatz with other credits to experienced Swanzykin , the unique styled Teachez beatz, the highlife production mogul Aerecords and the promising Twinzbeatz.

The album has 10 main tracks and 2 bonus tracks, where the bonus tracks were produced by celebrated international producer Deeler B from Zimbabwe, which bring more creativity and dynamics in the album. 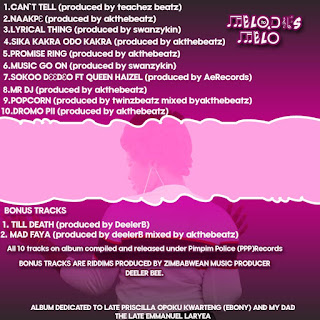 Euni Melo decided to Dedicate this album to Her late Dad and the Late Ebony reigns for being her initial inspiration to take on her new found love in music, its not very usual for artiste’s to release Albums’s in their 1st year in doing professional music but its a fete Euni Melo intend to achieve, release off this album are Till Death and Mad Faya which are the 2 bonus tracks and Naakp3.
The next song to be released is Promise ring which is to be released with visuals just like Naakp3 and Mad Faya were.
MTM ALBUM would be launched before the year ends, the approved date would be communicated to the public and fans accondingly.