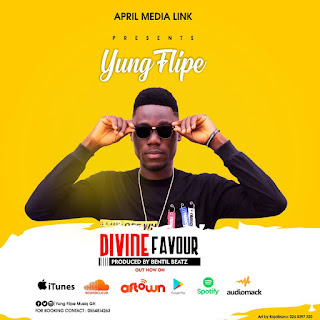 Urban Gospel musician, Yung Flipe releases his much anticipated new single which he titles ‘Divine Favor’  The beat was produced by Beat Commanda and mixed by Bentil BeatzThe new track ‘Divine Favor’ which is part of other singles on his yet to be released album ‘Lifted Up’ .Yung Flipe believes in preaching things that always have a positive influence on those who listen to his songs…..

Franca Asare outdoors “All Knowing God” off her Album. Produced by Roro