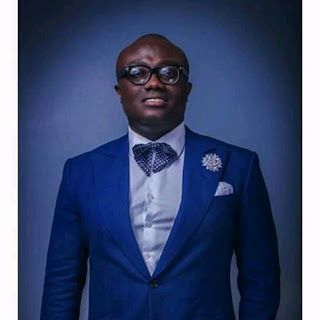 Chief Executive Officer (CEO) of EIB Network, Nathan Kwabena Anokye Adisi popularly known as Bola Ray, has revealed that 2018 was very challenging for him as most of his staff left his company due to unpaid salaries.

According to him, he had not paid salaries for seven (7) months and those that he trusted and had planned the future of his company with left.

“In the month of August 2018, I had a lot of people walking away because it was difficult….. someone came to me and said: “My wife is insulting me because I have not been able to take money home for some months now.’ …….It got to a point that anybody who walks into my office, I ask: ‘Are you resigning,” a ‘heartbroken’ Bola Ray said whilst speaking at IYES 2019.

He explained that through it all, he has leant that not all who move along with you on a journey will stay when there is a storm.

“When you shake the storm, they’ll move,” he said.

Bola Ray emphasized that many of his staff who had given him hope during his challenging times left him in the middle of the ‘storm’.

“Out of 483 workers we started EIB with, we still have some great people out there making about 300 who are still with us and across the nation,” he state, amidst cheers from the audience.

“These guys stayed and said even if it is 6 or 7 months, we will be with you…..now we’ve been able to reduce it [the salary arears] to about 2 or 3 months,” he noted.

A fan tattoos Stonebwoy’s head on his stomach, Stonebwoy reacts