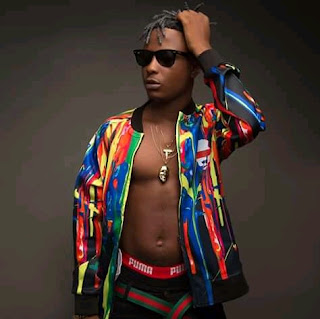 AFROBEAT ARTISTE KELVIN BROWN, PROFESSIONALLY KNOWN IN MUSIC AS KELVYN BOY, HAS REVEALED HE PAID FOR MOST OF HIS MUSIC VIDEOS WHILE UNDER BURNITON MUSIC..

According to the former Burniton Music signee, he was the sole financier of most of his projects while under his former boss Stonebwoy.

In the voice of Kelvyn boy, during an interview on Hitz 103.9 Fm monitored by Gossips24.com, he paid for 80% of his music videos which were shot in the name of the label.

He, however, stated that was not a problem for him since he felt it was a means of helping himself reach a higher height.