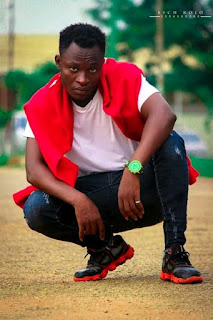 Shady Lanez who happens to be one of the hottest artistes that broke through the music industry in kintampo this year was nominated for the kintampo music awards discovery artistes of the year.

He again released an Ep that contains 5Hot tunes making him the first artiste in the history of Kintampo to have released an Ep.
He titled the EP Grateful.
Shady Lanez who is under the management of Maiga Records Gh went on to tour all the three Radio stations in Kintampo.
His Grateful EP sold so well that he was invited for a number of interviews outside Kintampo, he went on Tour at Techiman, Atebubu and Goaso.

Shady Lanez who was the industry favorite mounted all the stages during the Kintampo Music Awards Nominees tour and was hailed massively for his stage craft. His name became a dominate force in the music fratanity in Bono East.

From the start of the kintampo Music awards voting, Shady Lanez has been in confortable lead per the voting charys released by the organizers.

Evidence recieved shows that Shady Lanez was leading the second nominee with over 200 votes and hence felt he is a deserving winner awaiting the boards votes.

On the night of the Kintampo Music Awards, Shady Lanez came in with his fans all in the hope that justice will be served, but the organizers being biased gave the awards to the second artiste next in votes to Shady Lanez.

Shady Lanez and his management are therefore using this medium to call on all to ve wary of the organizers as they arent trustworthy.

In order for Kintampo ajd Bono east music to grow, organizers needs to be justice to all.

Shado Susuma to shake up two musical events this …