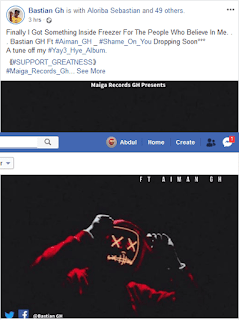 Shame on you” on which he features
Aiman Gh.

(Shame On you) went when he was caught on camera dancing to it. 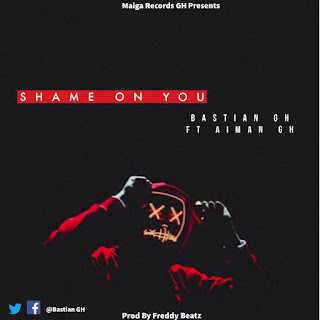 “ Shame on you” is a song produced by the legendary beat maker, Freddy Beatz.

Bastian Gh stated that the song will be released on Saturday, 3rd November 2019.
The Yay3 hye album launch is slated for December 25th 2019 inside kintampo Community Center.

For more updates on Bastian Gh, follow him on the following social media handles: