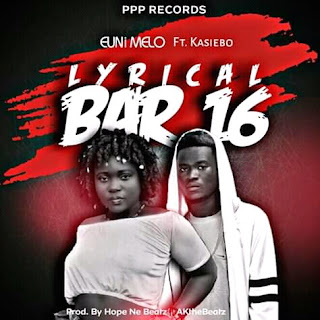 Fast growing Ghanaian songstress Euni Melo of PPP records has announced a remix to her viral diss song to a colleague self acclaimed Dancehall Best female artiste, Aroma Rule, released about a week ago.
It all appears Euni Melo has not spat enough of what she intended to have clarified on the lyrical bar 16 song therefore made an arrangement to release a remix with much more flavour.
The Emerging Music Awards “dancehall song of The Year” winner has recruited Kasiebo 2 times Reggae Dancehall artiste winner at the Eastern music awards to pull up the remix for Lyrical Bar 16.
You can check out the original song,  Lyrical Bar 16 (diss to Aroma Rule) by the controversial dancehall female act Euni Melo on all online portals……