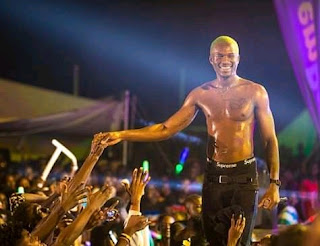 Ghanaian rapper Joey B has revealed that no matter how attracted he is to a woman once she is in a relationship she backs out.

The rapper in a recent interview on Behind the Fame on Drive Time on Joy FM with Lexis Bill stated that he has always hated the idea of snatching ladies who are in relationships.

The ‘U x Me’ hitmaker added, “a lady may be beautiful but I may not be attracted once I get to find it she has a boyfriend.”

Away from relationship Joey B explained how impulse buying lead him to buy a shoe worth $2,000 dollars. He added that he has since regretted the decision since he wore the shoe only once.

Born Darryl Paa Kwesi Bannerman, Joey B has several hit songs which include ‘Stables’ and ‘Tonga’ which he featured rapper Sarkodie.

I Won’t Return Any Of The Plaques Given to me, I Didn’t Steal Them – Stonebwoy