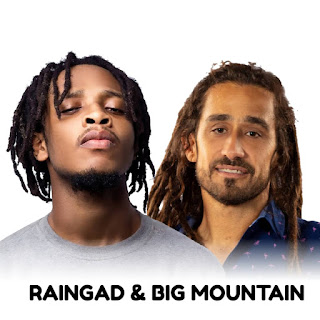 Ghanaian dancehall artiste, Mawutor James, known popularly as Raingad has earned a major collaboration with legendary American music group,  Big Mountain.
The ‘Junction’ hitmaker who has made boundary-crossing hits over the past year, gained international attention and particularly that of the America-based music group who have had over 27 million streams from 65 countries last year when he released his hit single dubbed “Junction” featuring Keeny ICe.
Earlier this year, it was reported that the legendary music group recognized Raingad as one of the fastest rising stars from Ghana and freely sponsored some part of the promotion for his “junction” single.
Mawutor who is mononymously known in showbiz circles as Raingad made this announcement during an interview with popular digital media channel, Muse Africa.
According to RAINGAD who was excited about the feat he had reached with his latest news, he is prepared to climb higher heights so as to lift the name of Ghana up high.
The song titled “Angelina” by Raingad and Big mountain is expected to be out officially by 27th October 2019 for purchasing on all digital stores. Meanwhile, you can preorder via this link.
Following the release of his hit-making single dubbed Junction (click here to listen), Raingad has earned massive respect and support from both local and international showbiz firms and personalities including Edem, Big Mountain, Music Time Africa on VOA among others.
Raingad is expected to release his first EP dubbed ”Higher Grounds EP” by end of this year or early next year.
Meanwhile, the multiple nominated dancehall artiste has released a new single dubbed total vexing which can be streamed on all digital platforms.
You can watch the official video for junction here:

Bulldog Has Been Arrested For Threatening PRESIDENT OVER Menzgold Customers