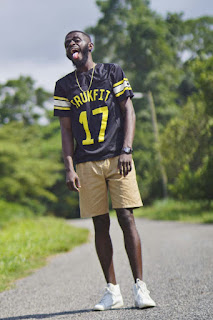 Rapper and Singer Trigga changes his stage name to D. Hardgai. Explaining why he made it clear that his stage name “Trigga” was used by a known Kumawood actor Kwame Trigga.

In order to be different, he generated the stage name D. Hardgai which the D stands for his surname Danquah and Hardgai being Hard guy. Its been a long we heard from him, after the first Edition of The Eastern Music Awards and he is announcing his return with a new stage name and a mixtape called TheDecemberMixtape.