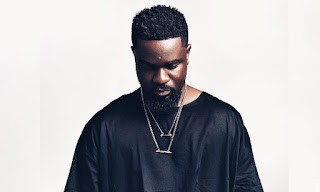 American Rapper Lil Wayne in one of his rap songs said something sophisticated that I always put in my mind anywhere I go.
He said, and I quote “Nobody give you a chance, you better take chances”.
I guess that was exactly what Ghanaian Rapper CJ Biggerman did when he went to Kotoka International Airport to welcome Grammy Award Rapper Rick Ross on his arrival to Ghana for Detty Rave 2019.
CJ on meeting Ricky welcomed him with a hot freestyle that has gone rival on social media and Ghanaians all over the world showering praises on him.
Dropping bars, word plays and punches, Rozay couldn’t control himself than to take a video of himself and the young Tema based Rapper.
He even went ahead to post the freestyle video of CJ on his instagram and also followed him on his social media platforms.

Meanwhile Ghanaian Rapper Sarkodie has reacted to the viral video of CJ and Rick Ross and has applauded him for taken such a big chance.
Sarkodie was the first to introduce CJ to the limelight when he featured him on his ‘Biibi Ba’ single which saw talented rappers like Kofi Mole, Amerado, Tulenkey among others.
Below was Sarkodie’s reaction
You take any chance you get 🔥🔥🔥🔥🔥🔥

How many types of virgins are there?