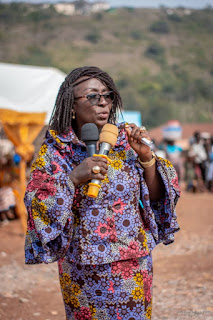 Berekuso a sub town of the Akuapem Traditional Area has been blessed with a great initiative dubbed Teenage Mothers Back To School by the Obaapaa Foundation.

Obaapaa Foundation a foundation which helps the vulnerable in the society has reached out to Berekuso to encourage and empower the mothers in the town.

This initiative was launched successfully on 26th of February 2020 at Berekuso as part of their Ohum festival celebration. 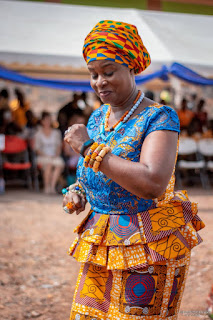 NanaHemaa Awindor who spearhead the Obaapaa Foundation spoke about the reason for the Teenage Mother Back to School campaign.

Some of the Queen Mothers from the GACA Royal champion and Advocacy Queens were invited to speak to the children on the to work vehemently to climb their education ladder as students. Others also advised students on how to stay away from sexual immorality and focus on the books.

Rev Dr Nana Yaa Owusu (First Woman to establish an internet company in Ghana) spoke to the children on Mental illness, Suicide and Teenage pregnant and to protect themselves from these three.

Madam Cynthia Prah a representative from the United Nations (UN) also hammer on how to work hard as a students to attain higher height in their educational background. Hon Cynthia Morrison from MOGCSP also cautioned students against Early Sex, Family Planning and Teenage Pregnancy. Rev Mr Dansu Amafua head of police at the Berekuso police station also educated the student on the purpose of the police station in Berekuso and also told students to see the police as their friends and should not hesitate to approach to report to them if the have problems. Members of Ghanaian Against Child Abuse  (GACA) educated students on teenage pregnancy by demonstration of pictures. There also advised parents to prevent their wards from using mobile phones at tender age, they again advised students not to exchange nudes pictures with anyone. 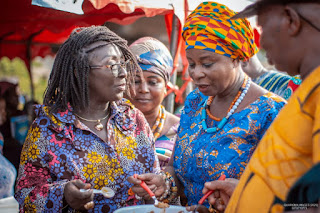 Dr Mrs Rebecca Awuah then continue to empower student and parents on leadership. Hon Abla Dzifa Gomashie (Former Deputy Min For Tourism) who is a special guest and Partner of Obaapaa Foundation also empower teenage mothers and parents not to leave their teenage mothers but rather help and assist them when the find themselves in such situations. She also advised men who leave their children to only women to bring up to desist from such barbaric act and rather support with the little they have.

The director of education the Akuapem district then launched Teenage Mothers Back To School to climax the program.