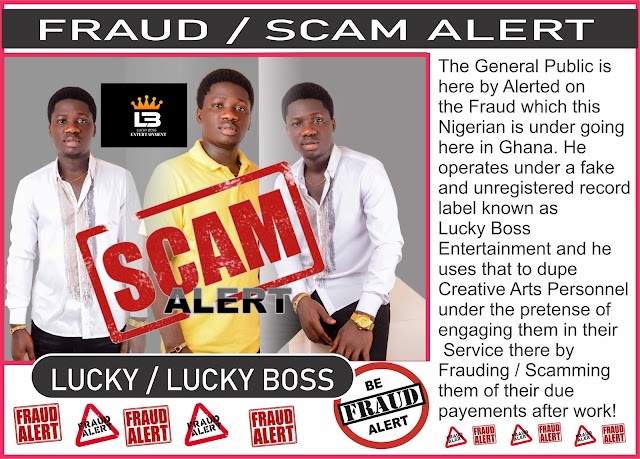 KMN Network has drawn the attention of Xpotainment.com that a Nigerian living in Ghana by name Lucky Boss CEO of Lucky Boss Entertainment is Scam.

According to him, they operate under a fake and unregistered record label and they dupe Creative Arts Personnel under the pretense of engaging them in their services and later end up Scamming them by not paying after work is done for them.
The CEO of KMN by name Emmanuel Kekeli had this to reveal

I Worked on a music video shoot for them,they premiered it, did everything,handed it over and after they decided not pay, they changed their numbers and disappeared.

He therefore advised the General Public to be careful of Lucky Boss Entertainment.

Man who was stabbed by jealous girlfriend says he has forgiven her, asks her to move back in with him

Youth beat Taxi Driver for attempting to kidnap a woman at...

Man lynched to death over scrap thief at Ofankor