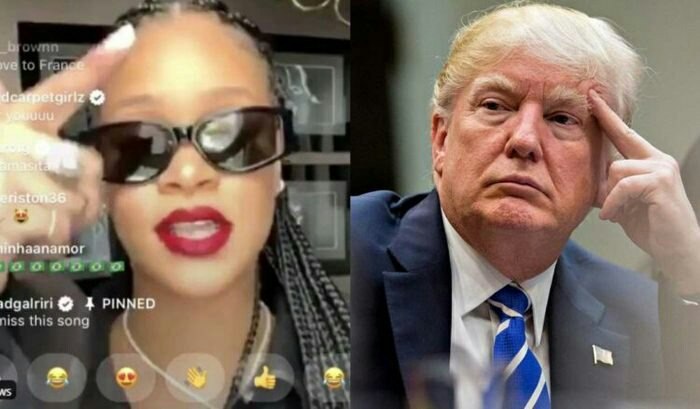 American singer, Rihanna has jabbed the U.S President, Donald Trump for losing up on the fight to combat the Novel Coronavirus.
This happened during the musician’s “Fenty Social Club” chat where she went live with her fans.
Answering why she hasn’t dropped an album, Rihanna noted that she’s trying to save the world, unlike their President!

“Stop asking me about the album when I’m trying to save the world, unlike y’all president. All I’m saying” she said.

Tired Of Having Gonorrhea? Use These Unripe Plantain Recipe. Result Shows Within 4-5 Days

Summary of the Restrictions Imposed on Selected Areas in Ghana by Government for 2weeks.