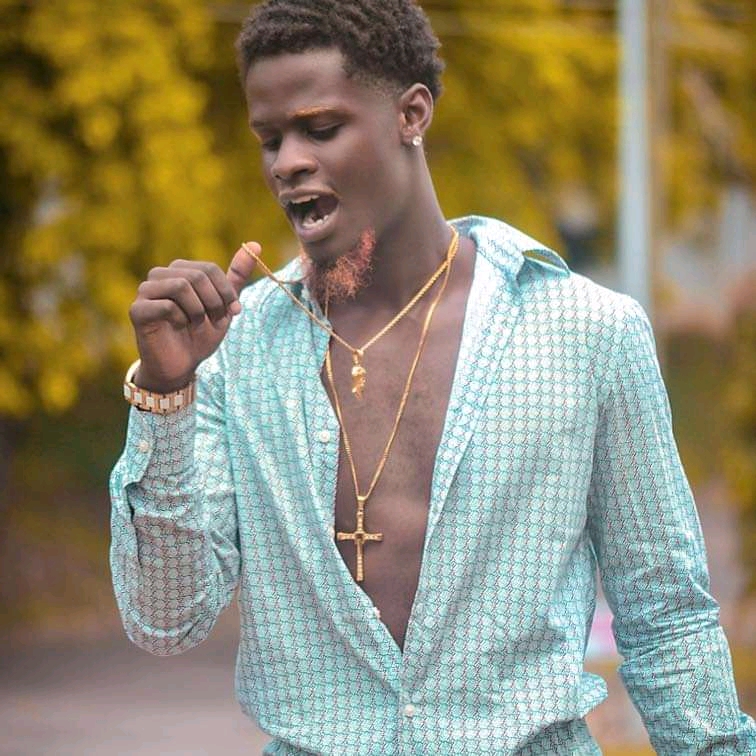 About: Slut Boy Billy born in Chiari, Italy and being raised in America by Ghanaian, Ivorian, Nigerian, and American parents found his calling for music, acting, and writing when he was a minor, but didn’t decide to act on his craft until early 2018 when he chose to explore, experience, and settled in Ghana in the interest of a positive new beginning. Slut Boy Billy released a freestyle video “Top” in his room at his house in Takoradi on all his social media platforms which led to minor local attention from his hometown Pittsfield, Massachusetts and his new town at the time Takoradi, Ghana. Slut Boy Billy decided to use his local motivation to professionally record a three track EP which qualified him to start performing as an underground artist with the help of his manager Atmbtz (Alien Man.) Through performances and social media posts, curiosity of the character titled Slut Boy Billy arose. With the arising curiosity of Slut Boy Billy resulted into radio interviews, blogs, and minor radio air play. Despite facing difficulties of remaining relevant in the industry, Slut Boy Billy is actively exercising his craft.

Early life: Billy Affou was born August 25, 1998 in Chiari, Italy by father Joseph Amoa Affou and mother Paulina Asofo Adjie.
When Slut Boy Billy was 6 years old, he officially left his native land Italy to begin practicing the American culture. After Slut Boy Billy officially entered adulthood, he and his father came to a conclusion that it’ll be best for him (Slut Boy Billy) to relocate and start a whole new empire, due to the fact that Slut Boy Billy was causing havoc while growing up in the United States of America with his high tendencies of practicing trap life activities as a minor, which resulted in plenty of suspensions from school and facing legal difficulties until he later on matured with his trap lifestyle which led him to understand the importance of staying off the radar, and with that being concluded at the age of nineteen after obtaining his high school diplomaa, Slut Boy Billy officially made his way to Ghana and started acting in respect of his career’s interest. Local social media hype in Takoradi, Ghana introduced him to Micheal Tekyi Amoakoh, better known as Atmbtz or Alien Man; the two met and it took off accordingly from there.

Career beginnings: Slut Boy Billy’s rap career began when Atmbtz produced his first recorded track “Abracadabra.” The single produced was independently released in 2018 on the music streaming website soundcloud along side two other tracks “Percocet” and “MC Hammer.” Slut Boy Billy quickly followed the EP with a single “Dolla $ign.” The minor success of his tracks on SoundCloud and Audiomack earned him recognition among the underground scene in Pittsfield, Massachusetts and in Takoradi, Ghana in a style known as “Mumble Rap.” He co-headlined the Akwanma Road Trip Beach Party Concert. Billy Affou’s acting career began when his older sister (Joyceline Affou) strongly suggested that he shouldn’t ignore his acting skills and apply it just as well as music, with that being said, Joyceline Affou directed younger brother (Slut Boy Billy) to the first respected audition available which happen to be Yvonne Nelson’s YN Productions audition in Accra, Ghana, the audition was Slut Boy Billy’s first, however Slut Boy Billy stood out enough to earn a roll and even a audition performance shout out on YN Production’s official Instagram page. Since then, Slut Boy Billy has been contacted by respected directors and producers in Ghana, but unfortunately couldn’t act on offered opportunities due to natural disastrous circumstances.

Personal life: Slut Boy Billy has Stated that he has minor mental health issues that allows him to perform better than the average, however at the same time giving him more difficulties than the average human depending on the matter. In 2015 after his mother kicked him out of her home in Pittsfield, Massachusetts, Slut Boy Billy relocated to the state of Florida with his father; short time after this transition, he found himself some trouble and was brought into custody by TPD under the alleged charge Armed Robbery. Slut Boy Billy states that “The whole situation was fabricated. Real recognize real, I don’t have to talk too much, I was never proven guilty and may God or whomever the higher power maybe in your eyes forgive these human serpents. I took a plea deal cause I knew in reality, the only way I can prove myself innocent is to snitch, and that wasn’t going to happen, so like I said, I don’t have to talk too much.”

Marriage is not for everyone_Mzbel