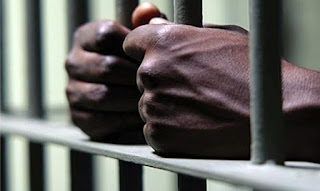 An Accra Circuit Court on Wednesday sentenced a 22 year old unemployed to 10 years imprisonment in hard labour for impregnating a 15 year old daughter of a co-tenant at Bubuashie in Accra.

Frederick Laryea, charged with defilement pleaded guilty.
The court presided over by Mrs. Christina Cann therefore convicted Laryea on his own plea.

Handing down the jail term, the trial judge said she took into consideration the prevalence of the offence, the age of the accused and victim and the fact that the accused was a first time offender and had shown remorse.

The court additionally noted that the accused had truncated the victim’s education and the fact that offence was a serious one.

The court however said that the accused deserved a harsher sentence to serve as a deterrent to others.

Laryea who was without a lawyer, in his plea for mitigation informed the court that he had planned to rent out a room in his domain to be able to take care of the 15 year old victim who has now delivered.

Laryea also insisted that he did not have sex with the victim in the bathroom but his room.

He told the court that he already had a four year old son who he was catering for and prayed the court to have mercy on him.

Prosecuting Deputy Superintendent of Police (DSP) Agnes Boafo said the complainant is a trader residing at Bubuashie Orgle Road with the victim who is her daughter.

DSP Boafo said Laryea is a co-tenant and between June and July 2018, Laryea started luring the victim into his room for sexual intercourse and only stopped the sexual acts on the complainant’s warnings.

Prosecution said in March 2019, Laryea started having sex with the victim again in the bathroom and sometimes in his room despite the warnings.

According to the prosecution, the victim became pregnant in September last year and when the complainant detected the victim was pregnant, she questioned her upon which she told the complainant that the convict was responsible, who then confronted Laryea.

Tired Of Having Gonorrhea? Use These Unripe Plantain Recipe. Result Shows Within 4-5 Days