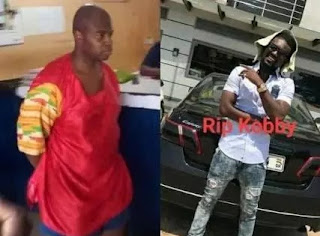 The shooting incident in Ofankor, where a landlord identified as Victor Stephen Kankam shot and killed his tenant, also known as Benjamin Otchere, has been one of the issues discussed on various news channels.

This sad incident took place on Saturday, May 24 , 2020, where the landlord had requested, according to previous reports, that his tenant who is also an upcoming musician to leave his house the same day his rent expired.

However according to police, the suspect Victor Stephen Kankam gave them different stories, but he committed the act because of a lady per their investigations.

DSP George Asare, the Mile 7 District Commander in an interview with Kwame Sefa Kayi on Peace FM, disclosed that the landlord showed romantic interest in a woman the deceased was very close to, and asked the deceased for help to win the woman’s affection. 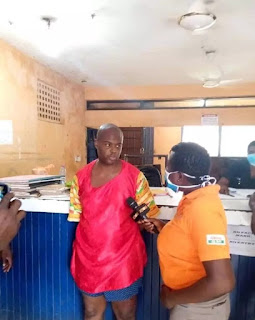 He stated: “You know in cases like this, police open our ears very wide, so information reaching us is that the landlord was a womanizer. Another lady also confirmed that indeed, he is into lots of women. The landlord told the tenant that he likes a certain woman who he was very ‘free’ with, so he (the deceased) should ‘link’ him to the girl”.

“The deceased agreed to connect the two of them, and the girl, with assistance from the deceased, spent lots of the landlord’s money; that is why he even decided not to extend his rent by one year as earlier agreed and insisted that he moved out that very day; upon careful reflections on all the accounts, this one sounds more tenable”, DSP Asare added.

The Landlord who had an AK47 rifle on him in the heat of the argument allegedly shot Otchere at close range, seriously injuring him. He shot more than four times at the deceased, targeting his penis, stomach and chest area.

DSP Asare also added that the deceased had told a friend in a friend who is a nearby police officer about threats he received from the landlord before the unfortunate incident.

He concluded there would be further investigations to uncover all the hidden facts.