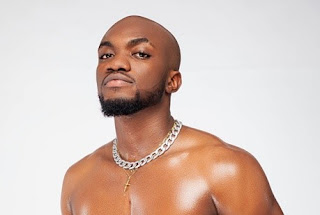 Highly Spiritual Music signed act, Mr Drew has made a rather shocking revelation about him been a victim of rape.
The issue of rape has become very necessary to talk about and address in recent weeks as people keep sharing their experiences.
Most men feel ashamed to speak up but well, Mr Drew was bold enough to talk about his.
In a post sighted by ghmusiczon.com on his Twitter page, he revealed he has also been a victim of rape and posted that, men get raped too.
The post has since generated a lot of comments from his followers as many thought he was probably lying and made fun of him while some others consoled him.
His tweet reads, “Males Get raped too and I am a Victim ..”

#Later@mrdrewofficial
Males Get raped too and I am a Victim ..

697 people are talking about this