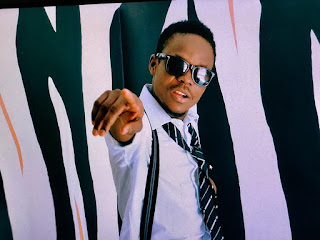 Born Godfred Boamah in Kene, a town in Okru State in Nigeria, West Africa and brought to Ghana at the age of 3 to bond with his father and relatives.
Godfred Boamah now popularly known as Alijoe attended Opiniman Junior High School where he had his basic school education.
Growing up in Nkawkaw in the Easten Region of Ghana, AliJoe will save up money to buy ‘walkman’ and his favorite artiste’s cassettes just listen to their music over and over again at his free time. This pushed him to start doing music at the age of 13. Composing his own rhymes and writing down lyrics.
AliJoe has always been passionate about music and entertainment in general, grooming and learning his craft at every given chance is his way of life. The versatile musician who plays the piano with ease has love for several genre of music but High Life comes first being inspired by greats such as Nana Acheampong and 2Baba from Nigeria.
Music comes to him with ease as he pens down his lyrics with whichever mood he is in. His songs talks about all of live and living it both the pain and joy.
Singed unto Ghanaian based Drovel Music Company, Ali Joe has released a lot of good music with great videos available on his Youtube channel….
Fast forward to 2020, AliJoe released Jele, a highlife song which talks about today’s daily struggles as a youth to put food on the table and asking for God’s blessing to become successful.
AliJoe is poised towards taking High Life and Ghanaian music to the world stage in no time and believes winning the Grammy’s is a big possibility.
Interact with Ali Joe on
Twitter, Facebook and Instagram @AlijoeGH