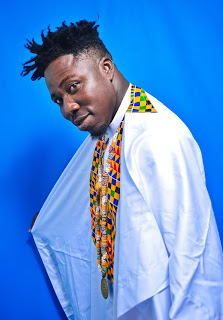 Budding young Ghanaian Hiplife/Afrobeats artiste, bbskys is ready to make his major industry debut appearance with his new single “Africaunite”
“Africaunite” a soothing Hiplife song by BBskys which highlights more on the way Africans suffer and how thier leaders treat the country as a whole.
“Africa Unite” by bbskys was produced by Ghanaian producer, Shottoh Blinqx. 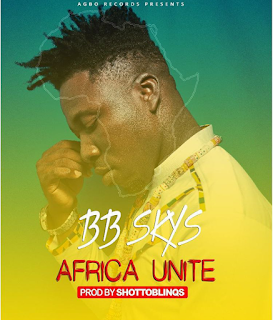 The release date for the record is unannounced but its cover art is out .
View below : 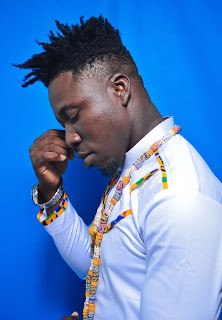 BB Skys real name Isaac Newman Amenu is a budding musician and performer from Ghana. His story as a musician is not too different from most other established musical faces like Samini who began singing from the church, painstakingly cutting through thorns and following the growth process.
As a child with a very nice voice, music has been a go-to remedy for BBSkys, as his teachers would have him perform songs of legends like Rex Omar, Amandziba and many more to colleagues at school gatherings. Although he was shy back then, he recounts that those moments have shaped his prowess as an artist and his knack for authentic high life and hip life from Ghana.
Music professionally started for BB Skys, little after teenage, when he felt music was his personal contribution to the world. He started associating himself with like-minded people around him like Shotto Blinqx, the Gallaxy music duo etc.
Over the years, I have learned and I have unlearnt, in search of the right path to channel my creativity. Thanks to God, i have found it, it took years of constant try and error but in the end, it is all worth it.
Follow BB SKYS on his social handles below.Facebook: BB SKYSTwitter: @BBSKYSInstagram: @BBSKYS_MUSIC

Get familiar with Afro-Beat Artiste_Rambo Gini