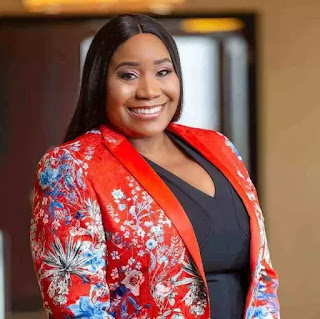 Ghanaian musician, Captain Planet is afraid for his life and that of his wife’s as Benin has suddenly been trending for all the wrong reasons.

The musician has taken to Twitter to inquire about what’s the matter with Benin as number one on Twitter GH.

Apparently, Captain Planet’s wife, Uche Ofodile has been transferred as the CEO of MTN in Liberia to Benin for the position.

Meanwhile, Benin has been trending following a Whatsapp chat where a man promised to visit Benin for money rituals.

Also, a ‘sakawa’ kingpin and self-acclaimed businessman in Benin has been arrested with over 5000 unskinned bodies of people he had kidnapped and used for rituals. 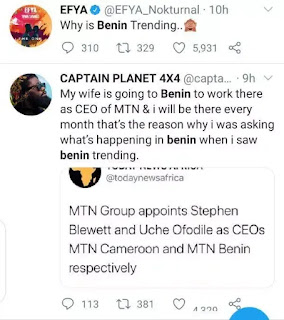