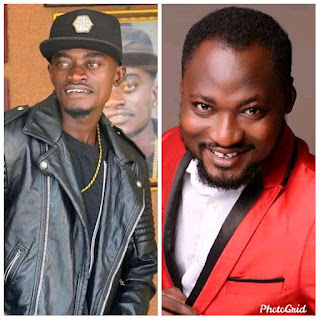 blows on set. They were on Nana Ama McBrown’s United Showbiz Agenda to discuss seriously matters surrounding their beef and possibly quash it.

At a point in time during the interview, Funny Face got pissed off and labeled Lilwin as a devil and fake. He added that he would beat the Kumawood actor up thereby creating a little bit of friction in the process.

Funny Face and Lilwin have been at war with each other for a while now.

Their misunderstanding has caused Funny Face a serious marital problem with the mother of his twins, Ella and Bella leaving him painfully.

The timely intervention of other panelists in the studio saved the show from getting messed up.

Watch The Video Below: