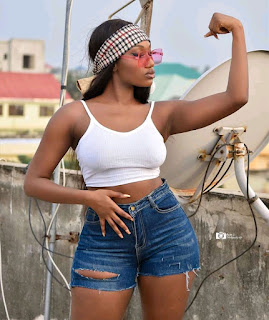 Mr Jeff Konadu Addo, the uncle of Ghanaian songstress, Wendy Shay has sued Despite and one other person for defamation.
Mr Konadu took the decision after Emma Amankwaa Afrifa alleged on Neat FM some weeks ago that he sacked Wendy Shay from his house after she decided to do music but Bullet came to her rescue and gave her a place to sleep after she was stranded.
However, Wendy Shay’s uncle, who was not happy about the statement, filed a suit against Despite Media and Emma Amankwaa Afrifa at a High Court in Accra while denying such claims
The write of summons sighted by Zionfelix.net commanded the defendants to cause an appearance to be entered for them within eight days after they have been served.
“And take notice that in default of your so doing, judgment may be given in your absence without further notice to you,” part of the writ read.
Source: Zionfelix