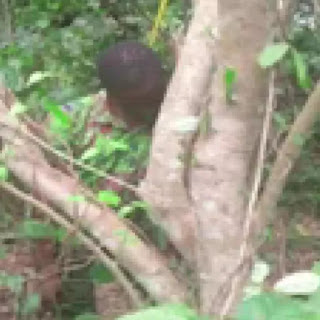 According to the report the desaesed is identified as Kwadwo Asare 36, hails from Nsawam in the Eastern Region. But lives and works in of one of the ECG branches in Accra.

Early this year he was diagnosed with a strange ailments, his family has roamed with him seeking for treatment ranging the door steps of Pastors, Mallams and traditional medicine but to no avail.

According to his younger brother Ayubba, who lives and works at Assin Wiawso came across a spiritualist who claims he can cure and free his brother from his predicaments. He invited him over to have an encounter with the spiritualist. After, he was placed on medication for few weeks.

Yesterday he pays Ayubba a visit and both went and met the spiritualist for his second appointment.

Late in the afternoon Kwadwo Asare decided to leave to Accra, Ayubba accompanied him to the lorry station and personally bought his ticket for him, waited

for the bus to have left but decided to leave when it was almost full.

Few minutes later, the whole community was trooping the a particular direction in the bush with the news that an unknown person has committed suicide.

Ayubba was part of the multitude who went to the scene, to his greatest shocked ever, his brother whom he left in the bus was the victim. 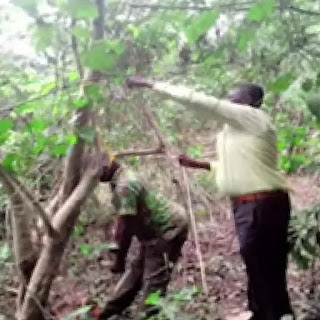 He disclosed to this portal that his brother’s sickness detoirated to the extent that he developed mental challenges. He never taught he could have taken such harsh decision.

The matter was reported to Assin Praso Police who came and found the ticket and unspecified amount of money in his pocket alongside his mobile phone with plenty missed calls. According to the police the last person he spoke with before hanging himself was his lovely wife. As it stands now the Assin Praso Police has conveyed the body to New Edubiase morgue for further investigation.