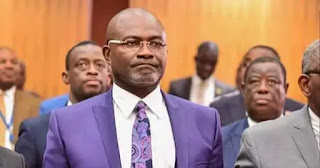 Mr. Kennedy Agyapong went berserk last week on his own NET 2 Television and lambasted some Judges in the country for making a ruling against him.

He was not happy a judgement over a land he acquired was delivered without his knowledge and his land had been taken away from him.

He is to appear before the court on Monday September 14, 2020 to provide reasons why he should not be punished by his actions.

However, Mr. Kennedy Agyapong who seem remorseful, has rendered an unqualified apology for his outburst against the Judges. According to him, he overreacted and uttered those words out of frustration.

“I want to use this opportunity to render an apology to the judges for what I said the pother time, in fact I went too far, and over reacted so please forgive me.

I have nothing against the judges, most of them are my friends, and they have called me. They are not happy because I fought Anas for them and if suddenly I’m behaving this way, it is not the best. So I’m sorry. Forgive me”. Mr. Kennedy Agyapong noted.

SHOCKING: Video of Asantehene Kneeling Before A Whiteman In Church (WATCH)