Western Togoland group have blocked major entries into the Volta Region. This has caused most passengers to be stranded as they are unable to reach their destination.

Per reports, members of the secessionist group made these actions on Friday dawn, September 25, 2020.

Most passengers travelling to areas in the Volta Region including Tefle, Tsopoli and Juapong have all been left stranded as a result of the issue. 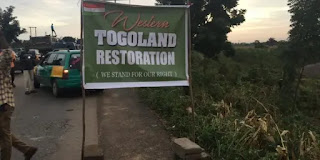 There have being attacks on a number of police posts amidst the burning of tyres.
So far, some three persons have suffered gunshots wounds.
“The Western Togoland members have blocked all the roads in the Volta region. We don’t know what is going on because we are unable to go close to them.”
”There are some navy personnel around. We have left our buses to go to Sogakope. We do not know what will happen amidst the gunshots the people are firing.” One stranded traveller reported.
The Ghana Police Service have advised travellers to exercise caution due to what it describes as security operations in some communities in the Volta Region.
“Good morning Ghana, commuters to and from Accra – Ho – Aveyime – Adidome – Mepe – Akuse – Aflao are likely to experience traffic due to security operations within those areas. Anybody travelling on any of these roads should exercise caution.” The Ghana Police advised the public on their Facebook page.
Recently, the group mounted sign posts with the inscription ‘Welcome to Western Togoland, Stay Safe’ in parts of the Eastern Region.
The secessionist group has being in the news for the past year over attempts to push for the secession of the Volta Region from Ghana to Western Togoland.
About 80 members of the separatist group were arrested for gathering to protest over the arrest of seven leaders of the Homeland Study Group Foundation.
Some members of the group are currently standing trial.
PHOTOS: 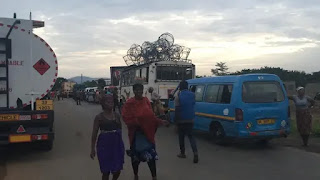 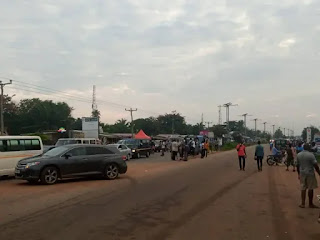 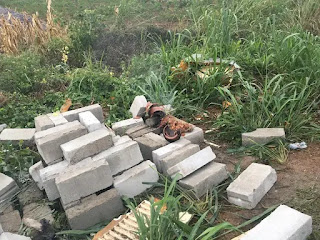 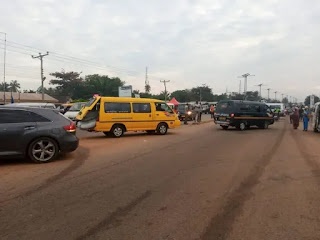