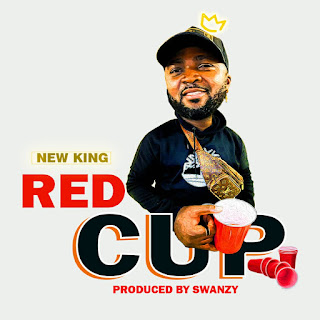 Ghanaian singer, songwriter and performer Eric Frimpong known across the showbiz space as New King is all set to release a new single dubbed “the red cup”.

“Red Cup” is a song produced by sensational music producer Swanzy on an Afro Pop rhythm.

New King had performed “Red Cup” with a soothing and modal voice which have helped him to combine airflow and glottal tension for lyrical clarity.

New King is known of his vocal prowess, style, and performance composure.

Showbiz pundits across the country have, discussed him to be the future of high-life and Afro Pop music at this side of the world.

Born a Ghanaian but lives in New York, New King has been able to garner a larger section of Ghanaian music enthusiasts to his camp.

Among his peers, he is arguably the most streamed artiste on various music digital stores and streaming sites.

New King is a self-managed Afro Pop/Highlife singer and through perseverance, the singer has produced songs such as ” Soldier, Dont Change”, among others with standard visuals.

Music lovers should expect a Christmas banger from the outstanding high-life/AfroPop music maker.

From the bellies of Ashanti Region of Ghana, Eric Frimpong hails from Asante Bekwai.