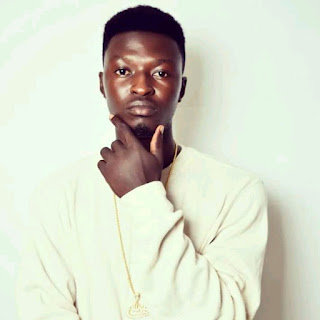 Highlife/Rapper artiste Thiagobeezy says he is humbled by the huge success chalked by the 2020 edition of his_thank_you_akroso_concert concert over the weekend.

According to him, after pulling an estimated 400 to one venue for the 2020 concert as his first edition, he can only be grateful.
On Saturday night, the Rapper/Highlife, together with some big names in the music industry, successfully held this year’s Thank you Akroso concert.
This year’s concert, which is in its 1st year, at the Akroso mothers royal hotel saw impressive performances from Akania, Debowy Afriqa Tzoo,K_Gee and a host of others.
He said the success clearly means “all the works, putting in money blood and sweat is being appreciated.”
Thiagobeezy noted the successes chalked so far from the concert inspires him to do more. “This is something we want to build for the whole nation.”
The main aim of the concert, he said, is “to show appreciation to the masses…to put smiles… to brighten the corner [Akroso]” where he comes from.
He noted that there is no support for the concert “but we wouldn’t wait for them [sponsors]” to organise the event.
“This is by far the biggest indoorconcert in Eastern region,” he said and added that…very soon he will have every big artiste  “come and show support.”
Apart from the concert, Thiagobeezy said he actively doing others things to give back to society.
Very soon he will unveil his success to the community

I AM NOT ARROGANT GHANAIANS MISTAKE HONESTY FOR ARROGANCE – kelvynboy