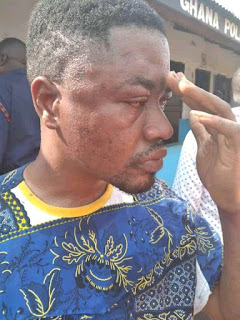 A communicator of the ruling New Patriotic Party in the Jaman South Constituency in the Bono Region Barfour Asare kofi isreal has been lashed with 40 strokes of canes at Drobo palace for insulting the Queen mother of Drobo Traditional Area Nana Yaa Ansuaa.

It must be noted that the Npp communicator used some unpleasant words against the Queen mother which did not go down well with the traditional authorities and hence subjected him to 40 stroke of canes. 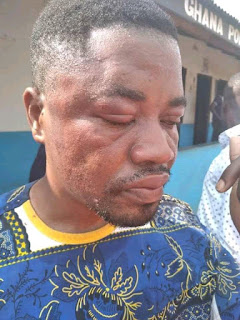 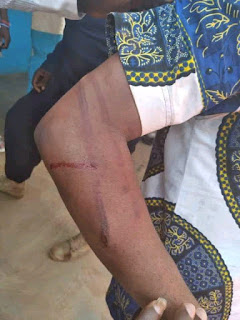 The ruling party, Npp leaders and the Drobo Traditional area leaders have not been on good relationship with each other, As the incumbent Member of Parliament Hon.Yaw Afful who have lost his seat to NDC’s Hon. Okofo Darteh  in the just ended Presidential and Parliamentary elections accused the Omanhene of the Drobo Traditional Area of trying to use his powers to force his Nephew Hon Prince Marfo to win the Npp internal party parliamentary premise whom contested Hon Afful.

Naa Ashorkor Reveals Side Effects Of Covid Vaccine After Taking Hers