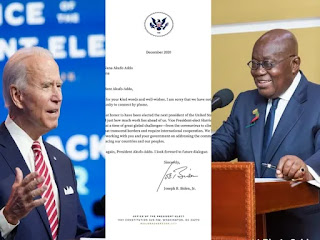 It’s been over a month now when the United States main opposition party, led by their presidential candidate Joe Biden, beat the incumbent President Donald Trump. Among all agitations that came along the elections, things seem to be cool now. 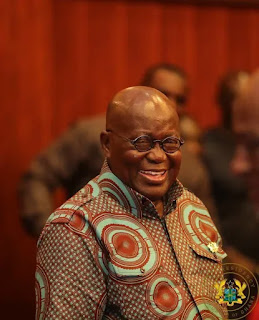 Although 7th December elections have come with its uproars and agitations with the main opposition political party, the National Democratic Congress NDC rejecting the results things seems to be normal.

After his victory in 9th December, he received several applauds and congratulatory messages. These mergers messages were coming from various heads of states across the country Togo Guinea-Bissau, France Prime Minister, US Embassy and the UK embassy.

To add to the store list of congratulatory messages from heads of state, is the recent one from the President-elect of the United States, Joe Biden in a letter, he expressed his appreciation for the wishes that were tended in for him, after his Victory from president AkufoAddo. He succeeded in reciprocating the same by congratulating the Presidents as well. 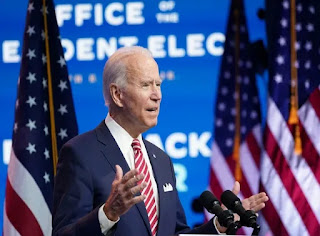 In the letter, he expressed his willingness to work with Ghana and president akufo-addo. He also names some of the economical and climate hindrances that have hit the globe full stop is Aldi’s he is willing and available to cooperate with Ghana to achieve great things for the people in their respective countries.

The letter word as follows; 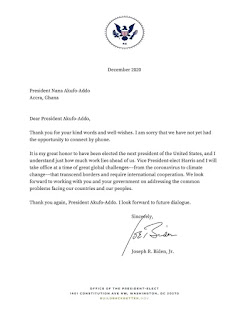 “Thank you for your kind words and well wishes. I am sorry that we have not yet had the opportunity to connect by phone.

It is my great honour to have been elected next president of the United States and I understand it just how much work lies ahead of us vice President-elect Harris and I will take office at a time of great global challenges from the Coronavirus to climate change that transcend borders and require international cooperation. We look forward to working with you and your government in addressing the common problems facing our country and our peoples.