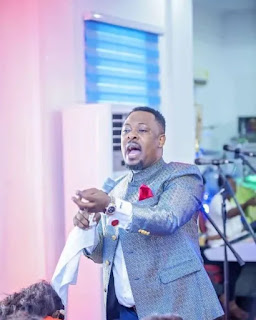 Prophet Nigel Giasie who should have wallowed his head in deep-shame after his prophecy about John Mahama and John Dumelo failed to manifest in the just ended general elections has dropped another ticked fake prophecy once again.

According to the general overseer and founder of Prophetic Hill Chapel, NDC’s defeated John Mahama who has petitioned the supreme court to overturn the EC’s final verdict will be president this year.