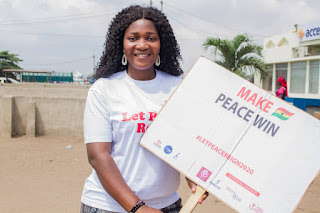 The misunderstanding which occurred in the early morning of 7th January, 2021 in Parliament House during the dissolution of the 7th Parliament a national disgrace with no precedence in the history of Ghana. The shameful ballot box snatching, kicking of the voting stand by some Honorable Members and other misunderstanding which led to violence is  a dent on our democracy.

Political leaders are looked on by the youth and many others as role models. The simple logic is: when the law makers themselves break the law and when our leaders who preach peace undermine the peace and fight in public, their followers will also fight or commit worse crimes.  A lot of people ,too , will be encouraged to disturb the peace.

In the just ended election, people who attempted to snatch ballot boxes, or involved in any kind of electroal violence were shot at. A few were killed while others are battling for their lives. It is clear that if the ballot snatcher and other electroal violence in Parliament are not punished some youths might be emboldened to stand up against anyone who will attempt to stop them from snatching ballot boxes and committing other crimes in future elections.

In view of this, all the occurrences in Parliament on that national day of shame must be well investigated , and those found guilty punished, according to law.

People are losing hope and trust in the political system. We should all wake up to save the situation. The first step is for our leaders to condemn the shameful act in Parliament. The second is for the law to bite the offenders. This will serve as deterrent to other law breakers. A strict enforcement of the law will also encourage people to be peace lovers and law abiding.

Ghana is a peaceful country, irrespective of our and co-existence among us.

Ruth Bader Ginsburg optimistic ‘over the long haul’ for US