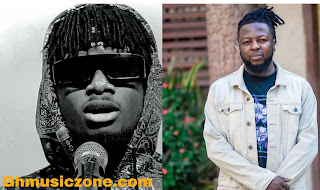 Not long ago ghmusiczone.com came across new rising beef between Guru and Kuami Eugene aka the rock star….our team decided to go through some comments under their post and we came across this particular comment under Guru’s post ( that Kuami Eugene os3 hwan no…he dey steal lyrics pass every artist….he dey like Sunday school madam)

Guru is a natural hitmaker, and doesn’t need KiDi nor Kuami Eugene on his song to make a hit_ Kuami Eugene manager Richie

Kuame Eugene has declared on Angel TV that he has Finally Sued The Man Claiming To Be His Father. He wants the court to restrain the man from mentioning his name on any platform or whatsoever. He also wants the Man to keep away from linking him as his son.

He disclosed this in an interview with Ohemaa Wo Ye Je on Angel TV mid morning show. Kuame Eugene explained that, he has kept quiet over the matter for a very long time. He feels that, the Best thing is to settle everything once and for all in a competent Court of jurisdiction.

He was unhappy about how notable and big journalist like Kofi Adoma Nwanwanii brought the man on their show to interview him.

According to Kuame Eugene, its unprofessional. This is because Kofi Adoma Nwanwanii and those journalist never thought of the psychological trauma that interview brought to him and his mother.

And that, he will never take it lightly With them if it happens again. He declined to go deep into man’s affairs because the case is pending in court.