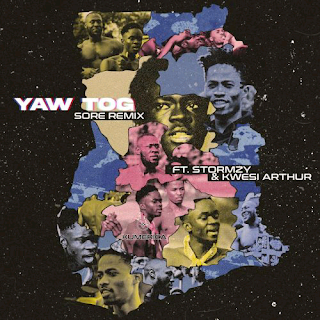 The Kumasi based young Hip-Hop star since he broke into mainstream has been tipped as one of the musical gems to represent Ghana at the international level.

He begins the process as he taps UK Hip-Hop icon, Stormzy and Ground Up Chale superstar, Kwesi Arthur on this mega record which originally featured O’Kenneth, City Boy, Reggie and Jay Bahd.

Stream and Download ‘Sore’ Remix by Yaw Tog below.