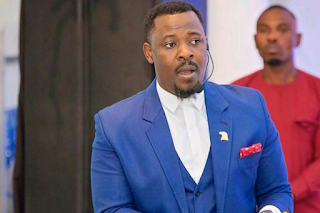 The founder and head pastor of Prophetic Hill Church, Prophet Nigel Gaisie has cursed a Facebook follower who countered him over a prophecy.

Nigel Gaisie claims he has had enough of the savage comment and replies under his post on social therefore anyone who crosses his path this year will face his full wrath.

Apparently, the Facebook user made a comment suggesting that the Prophet was lying about a prophecy he made on the app. Reacting to this, the man of God went bonkers on his page and rained curses on the young man. 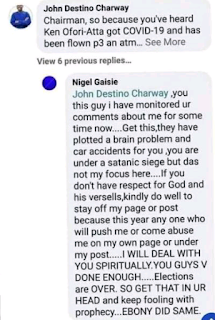